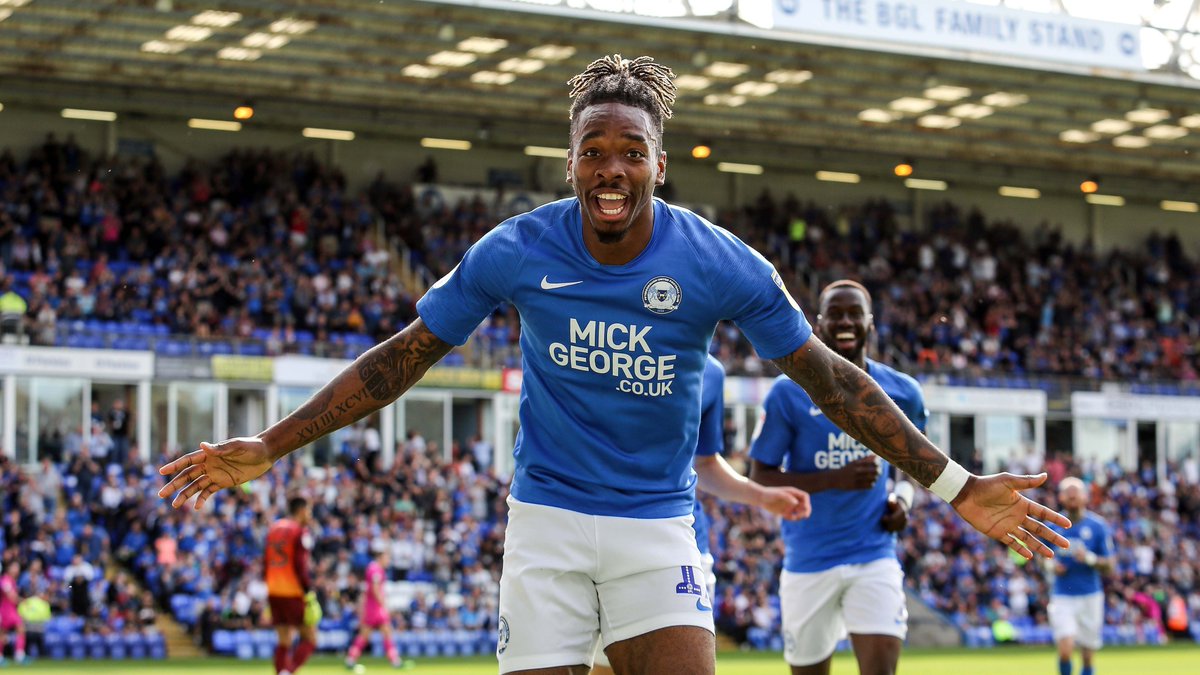 Given the form of Peterborough United striker Ivan Toney this season, it’s no surprise the 24-year-old has attracted the attention of bigger clubs.

Having faced Burnley in the FA Cup back in January, the Clarets then followed up by making an approach for the in-form Posh frontman, alongside Bristol City in the winter transfer window.

The kind of interest the former Newcastle frontman has received is the least he could have expected, given his impact for the promotion-chasers this season.

His 24 goals to date are nine more than his closest rival Paddy Madden and it’s highly anticipated that Toney will be making the step up the Championship next season – regardless of whether Peterborough are joining him or not.

Remember this screamer from Toney against Dover in the FA Cup?

But the striker isn’t limiting his ambitions to just the second tier of English football next campaign, as he explained in his interview with FourFourTwo.

“Hopefully, being top goalscorer helps us to get promoted,” said Toney.

“I seriously believe we can go up, and hopefully I’m in the Championship, whether that is with Posh or someone else.

“Or maybe a Premier League team takes a chance on me. You have to believe in yourself, haven’t you?”

Unsurprisingly, Toney is brimming with confidence and will be desperate for the season to resume as soon as possible and for him to continue where he left off.

“I’d like to win the Golden Boot,” admitted Toney. “But mainly I want the team to get promoted.

“Every time I step on the pitch, I think I’m going to score – I have to score.

“Adding this belief really helped, and with the players around me, I feel like I’ll get a goal at every opportunity.”

Posh are currently sixth in League One, level on points with Sunderland and Wycombe who are placed seventh and eighth respectively, while manager Darren Ferguson admitted during an online Q&A with fans that he is still hoping for a top-two finish.

Grab a copy of Harry Redknapp’s hilariously insightful gripping new book, ‘The World According to Harry’ on Amazon now: https://amzn.to/2KJsBHy

Reach out! Let us know your thoughts Cancel reply

This site uses Akismet to reduce spam. Learn how your comment data is processed.